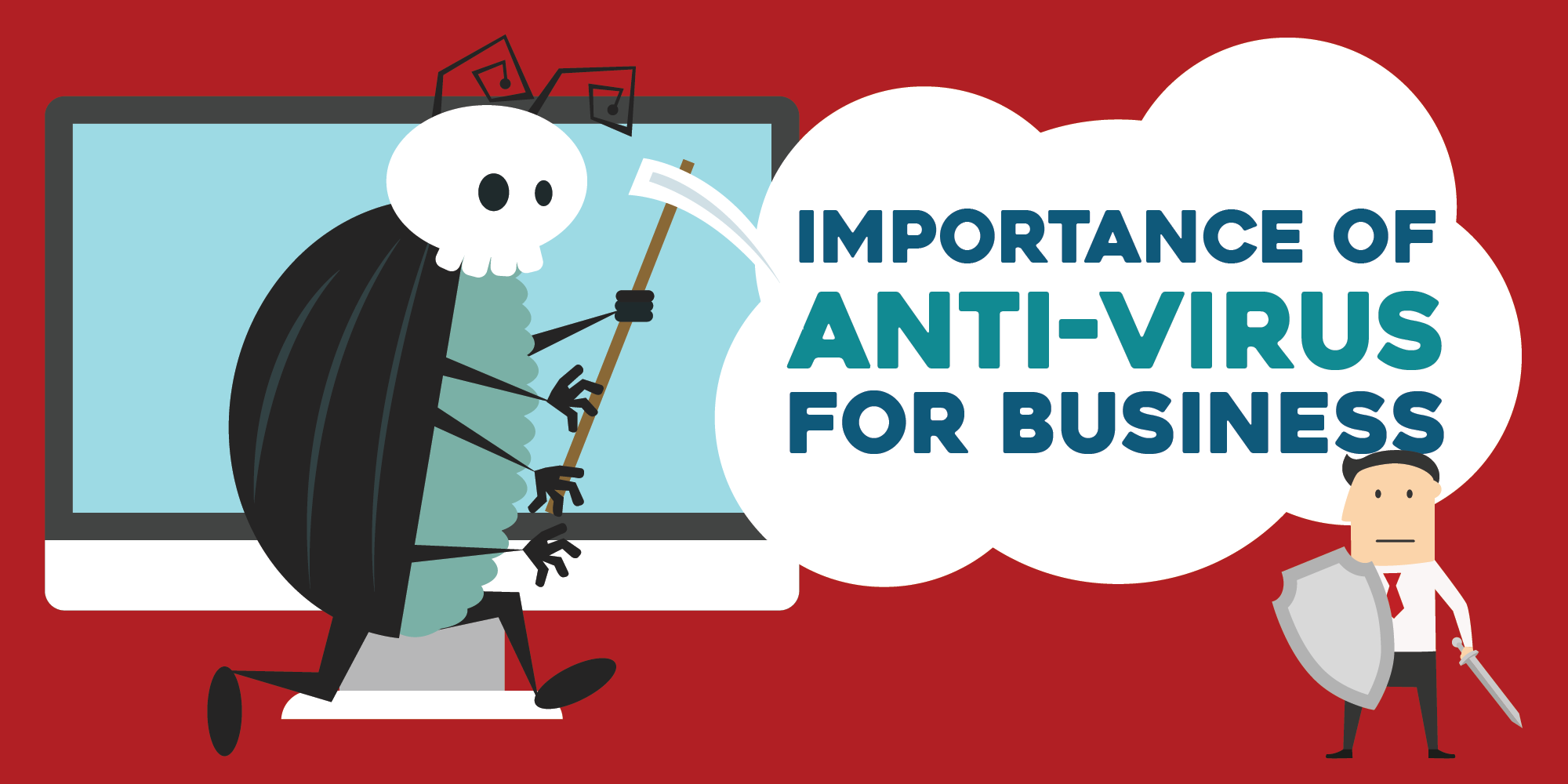 Nowadays, many businesses turn to the internet to further widen their reach. Having your site has been useful in letting more customers have access to the products and services that you offer. But of course, there are a lot of risks that come with the use of connected computers in business. There is always the matter of human interference – hackers who would intrude your website to gain your clients’ information such as credit card numbers. And then there’s also the problem of viruses and malware wreaking havoc either harming or extorting money. So here comes the question: Just how … END_OF_DOCUMENT_TOKEN_TO_BE_REPLACED 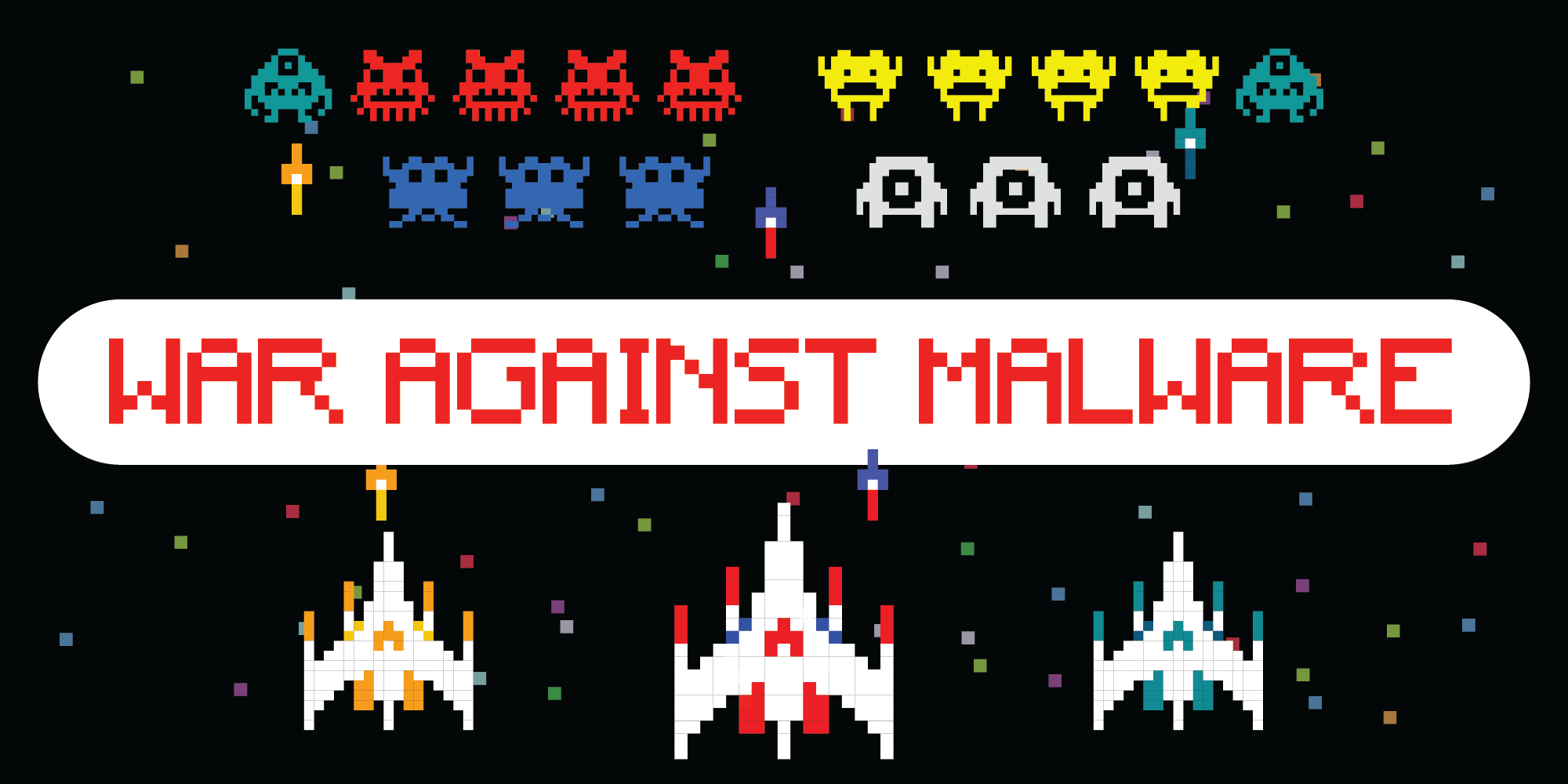 If you’ve been watching the news on IT security, the recent declaration of the United Nations on cyber being the newest field of war might have been the biggest yet expected development yet. So let’s get the facts straight before the announcement of the officially recognized fields of war were land, sea, air, and space. All of which could be tied to evolutionary spaces by which human conflict can transpire, wars traditionally are waged in the land, the dominance of the seas ensured bountiful trade routes, air superiority was crucial for winning battles early, and then there was the space … END_OF_DOCUMENT_TOKEN_TO_BE_REPLACED

If you’re an entrepreneur aspiring for success, you know how important it is to keep the files in your business computers safe. Unfortunately, as more and more business processes start moving into the Internet of Things (IoT) to increase efficiency while also reducing costs, important files become more prone to the dangers of malware and viruses. Generally speaking, malware is an umbrella term that covers all forms of malicious software. Viruses, which are designed to wreak havoc and destroy data, used to be the most popular form of threat. These days, people with evil intent are more interested in either … END_OF_DOCUMENT_TOKEN_TO_BE_REPLACED 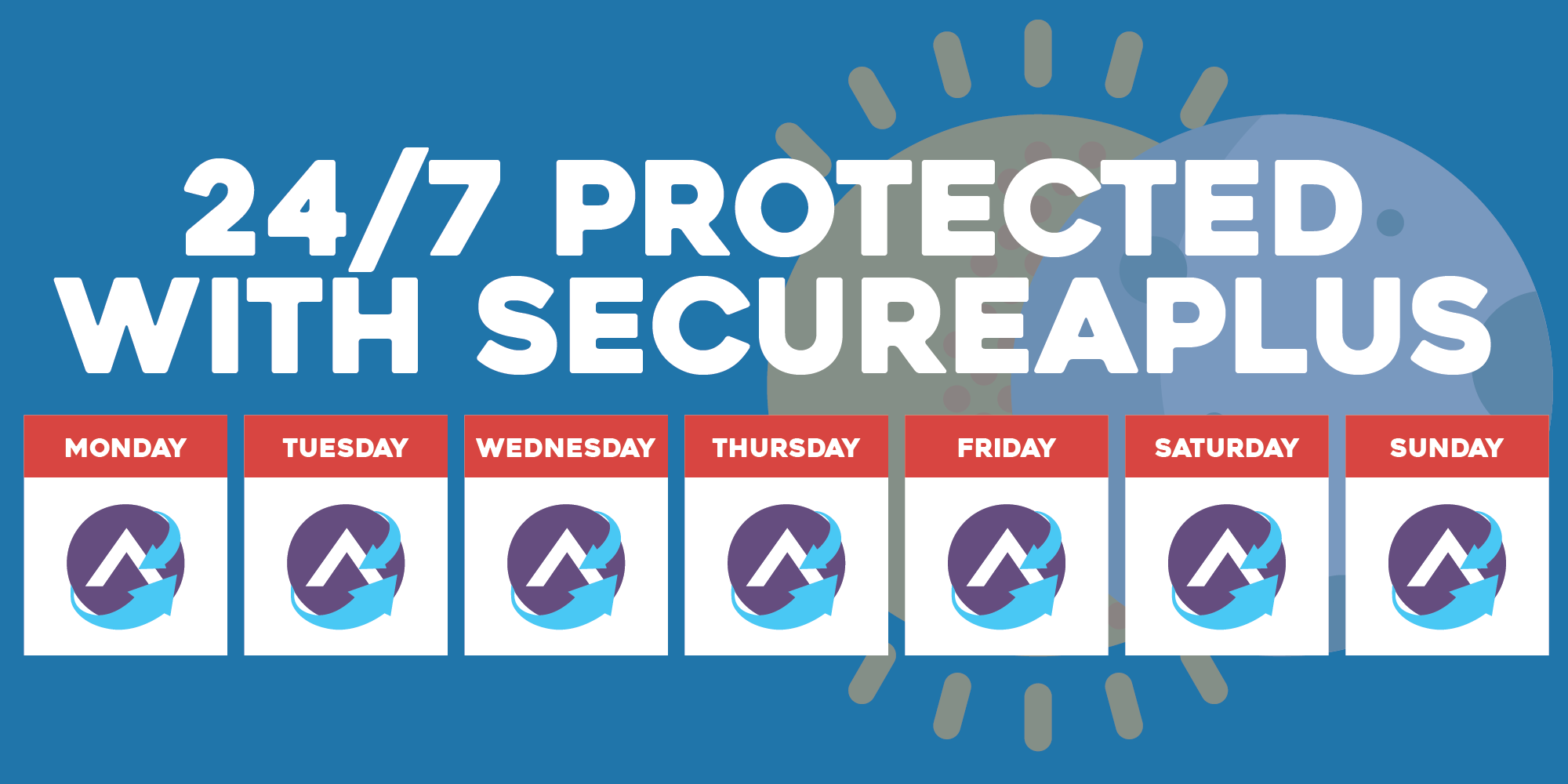 Getting protected all 24 hours of the day and all seven days of the week against viruses and malware is key to having a safe and productive Windows PC. However, keeping up with the hundreds and thousands of threats trying to invade your PC is a daunting task for just about anybody. Even the top free antivirus protection vendors today are barely fast enough to cover the most easily identifiable fresh malware. New viruses and malware are only fast moving targets that antiviruses have no choice but to play catch up via virus definition updates, software updates, and vulnerability patches. … END_OF_DOCUMENT_TOKEN_TO_BE_REPLACED 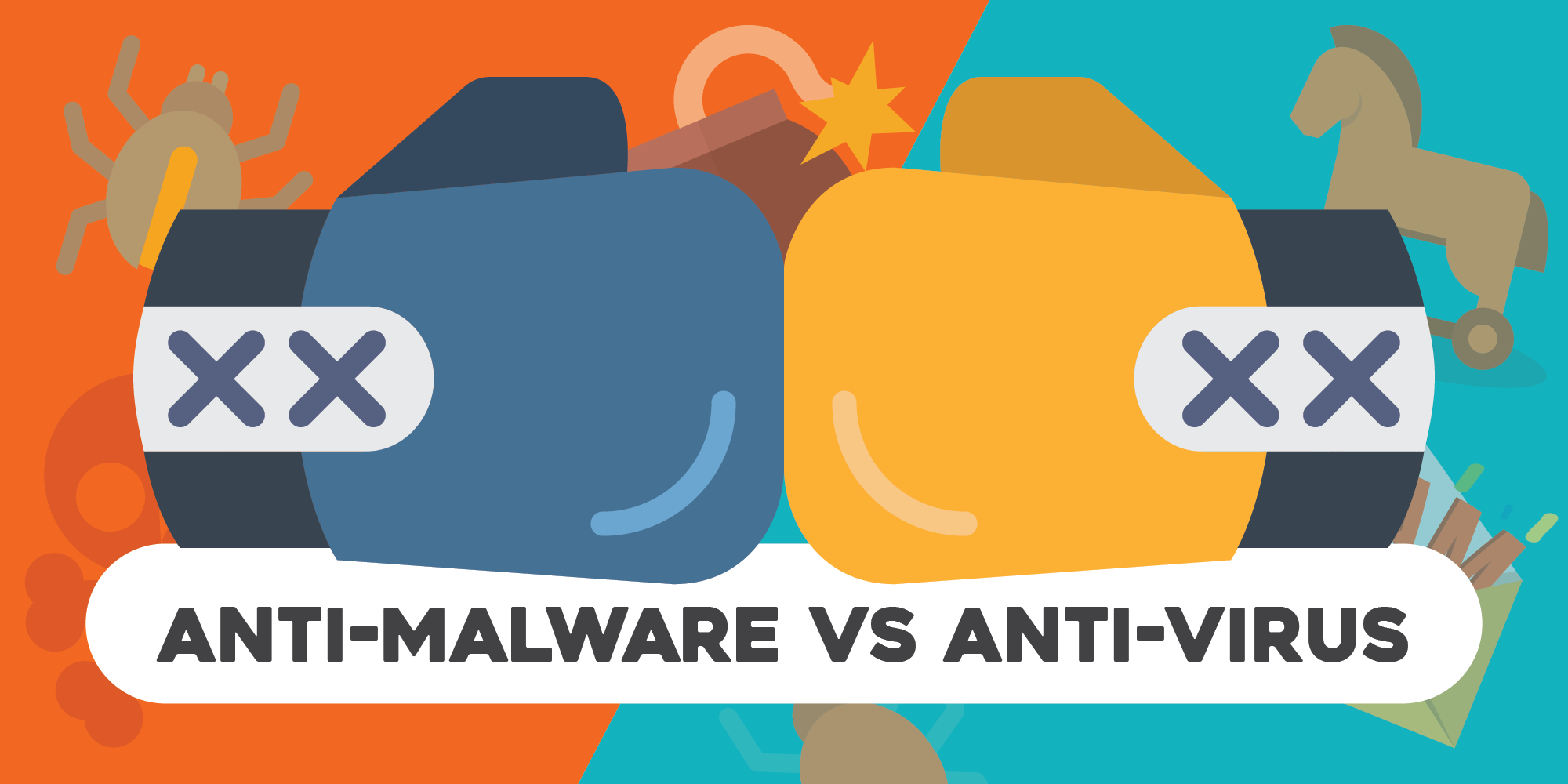 Antivirus & Anti-Malware. Both of these terms are familiar to all computer users by now. It doesn’t matter whether you’re on a mobile or desktop, Windows or Mac, these pieces of software has somehow been a fixture to our everyday computing. But most people use these two terms interchangeably. Have you ever wondered:  Is there a difference between one and the other? Is it justified to refer to them as if they were the same thing? Should I get just one or do I get both? In this article, we will answer the questions above and explain the difference between … END_OF_DOCUMENT_TOKEN_TO_BE_REPLACED 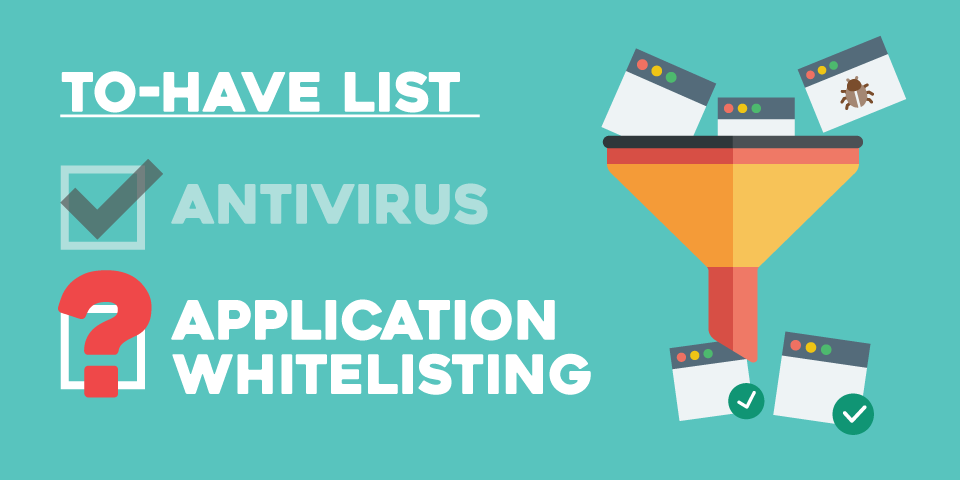 The practice of Application Whitelisting (AWL) has been used in the cybersecurity world for a while now. It’s the opposite of blacklisting which most people are familiar with since it’s the technique used by most (if not all) antivirus products available in the market. In simple terms, antiviruses check files against every known virus or malware. If it finds a match in its threat database or blacklist, it will flag as a virus, and the appropriate steps are done to minimize or hopefully prevent any damage at all. This is usually achieved by either deleting the infected file or sending … END_OF_DOCUMENT_TOKEN_TO_BE_REPLACED 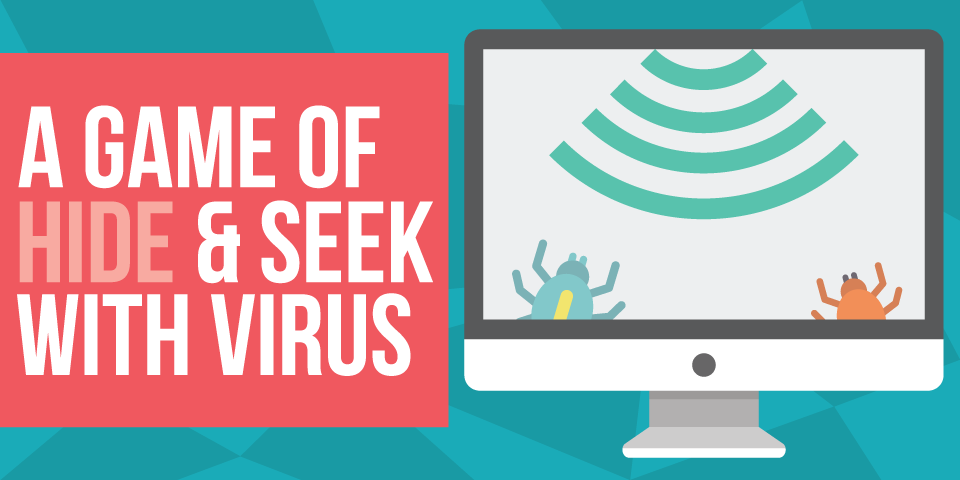 Your computer is prone to a lot of threats – from viruses, malware, spyware, and a lot of other malicious programs that can cause harm. It is for this reason that we rely on various anti virus software designed to keep your computer safe. However, there are instances where a virus still manages to get into your computer, even when you have a powerful antivirus installed. It may have been unable to recognize a threat. After all, different companies that each had their database of known malware make antivirus programs with varying detection capabilities. While there’s always a chance that … END_OF_DOCUMENT_TOKEN_TO_BE_REPLACED

Imagine what it would be like: It’s a typical day, and you’ve just checked your email. You see one from a familiar source with a zipped attachment, and you promptly download it. You unzipped the file, and nothing happens, so you move on to the next email and continue with your mundane routine of opening emails while wondering what exactly happened. Then all of sudden you find yourself staring at a notification that came out of nowhere. “Your Computer has been Locked,” it says, and as you read through the rest of the message, you now realize that you have … END_OF_DOCUMENT_TOKEN_TO_BE_REPLACED

Malicious software or malware is generally any software designed to gain access to or damage a computer. This usually happens without the knowledge of the computer user. Unless you are a security expert that’s trying to analyze them, the presence of malware on your computer system is most likely bad news. Malware comes in numerous types and depending on whom you ask, is classified in different ways. The most common is categorizing them according to their method of attacking your computer system, which is how we will be approaching it. Do note that some malware types overlap each other, so … END_OF_DOCUMENT_TOKEN_TO_BE_REPLACED 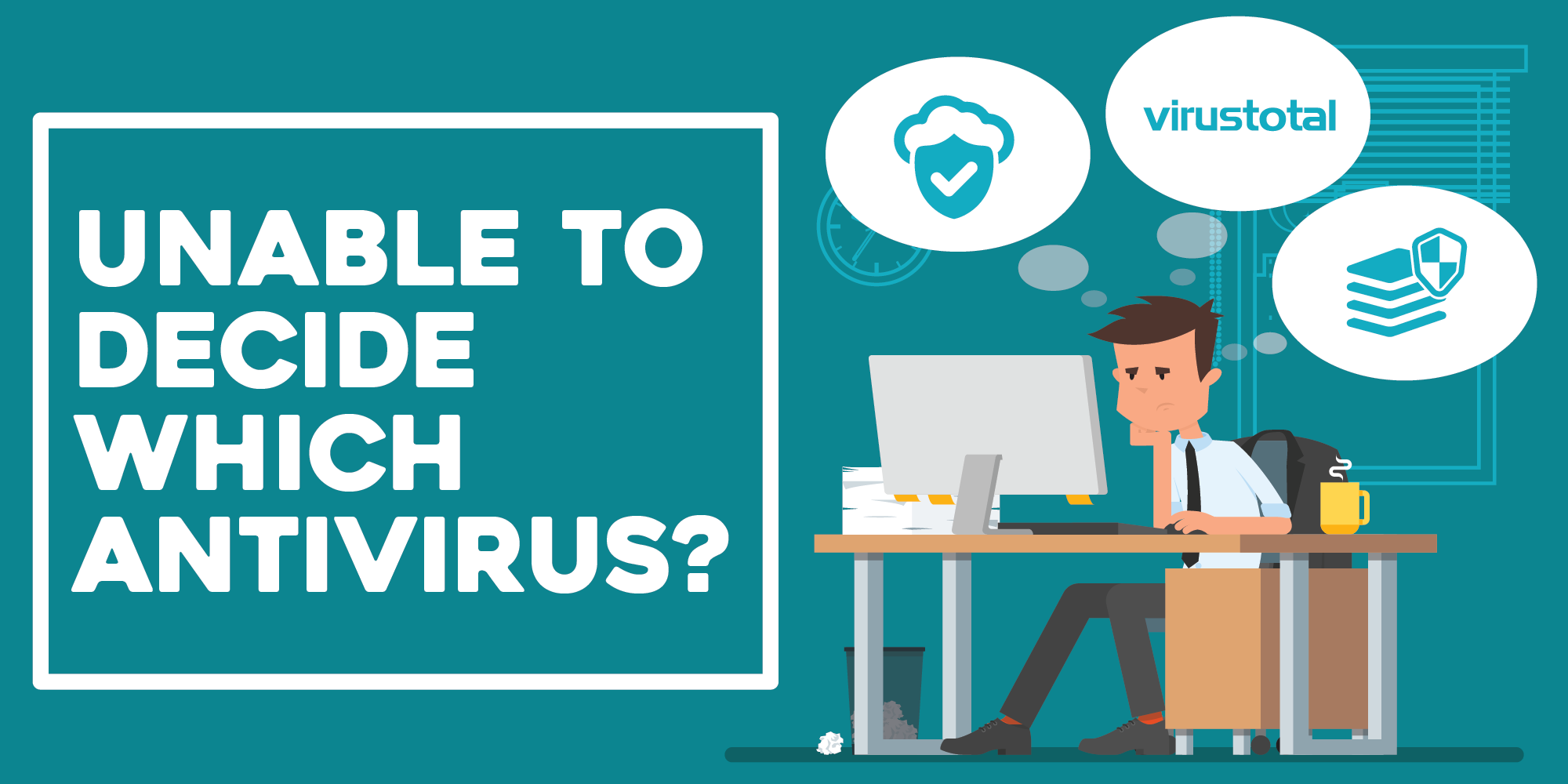 Is this true for you?  As you become more sensitive to increased security, it has become a daily habit of yours to worry about viruses trying to get into your devices? That’s why choosing a suitable anti-virus software may sound complicated to many. There are plenty of options available on the Internet. You can find anti virus software solutions that go for sale at fixed prices, ones that require an annual subscription, or those that are free. Further complicating things are features that are mutually exclusive to one another. Given the widespread proliferation of virus and malware, experts are coming … END_OF_DOCUMENT_TOKEN_TO_BE_REPLACED